With even more people set to move to new towns and cities in the UK this year, we decided to take a look at the best places to live in the UK in 2018.

We’ve looked at everything from job opportunities to crime rates to bring you the top 10 places to move to in 2018:

The busy port city of Southampton has become increasingly popular with movers in recent years. There are a range of diverse attractions which ensure a steady stream of visitors from all over the country, and the two universities support the traditional industries in providing a buoyant job market for the area.

Southampton is just 75 miles and a direct train ride away from London, but house prices and the cost of living are significantly cheaper. The vibrant nightlife and large number of students ensure that the city is always buzzing, yet it’s only a short drive to the picturesque New Forest National Park.

Southampton ranked 17th in The Telegraph’s ‘Best Places to Work’ survey, and was voted the fifth safest city in the UK in the ‘Unbroken Britain’ report, carried out by Provident Personal Credit. It was even ranked third in The Independent’s ‘Best Cities to be Single’ survey!

Over the last decade, this West-Midlands city has gone through a transformation thanks to a large-scale regeneration project, and has recently been named UK City of Culture for 2021. Situated in ‘Shakespeare’s County’, Coventry has taken many knocks over the years, but investment is now starting to flow in, and this recent accolade will only help its cause. It has a relatively small city centre, but it’s filled with quaint pubs and fashionable restaurants giving its residents plenty of choice when dining out.

When considering other cities of a similar size, Coventry has a comparatively young population, partly thanks to Coventry University and nearby Warwick University. It was also voted the 11th best city to work in The Telegraph’s recent survey.

After recently losing it’s number one spot in Halifax’s annual ‘Best Places to Live’ report, Winchester still scored highly on several factors, including life expectancy, health, and even weather. Winchester is England’s former capital city, and is packed with museums, monuments and historic buildings to explore.

This exclusive and unique city has good road and rail connections, an active nightlife, and boasts an exclusive cosmopolitan charm. The cost of living is slightly higher than the norm, but employment rates and earnings are too.

Winchester came in 12th place in The Telegraph’s recent ‘20 Best Cities According to You’ survey.

The ancient University of Oxford ensures that this city is well-known throughout the world, and its history and culture attracts thousands of visitors each year. You can reach central London in under an hour on the train, so it’s a particular favourite with people moving away from the stresses of the capital.

Whilst there are many students living in the area, there are also a large number of families moving to Oxford thanks to the excellent schools, high salaries and the enjoyable lifestyle that the city has to offer. It’s the perfect location for those with a taste for the finer things in life, as there are a whole host of independently run businesses and exclusive restaurants.

Oxford ranked 10th in The Telegraph’s ‘Best Places to Work’ survey, and also 10th in their ‘Best Cities According to You’ report.

Not so long ago a few eyebrows would have been raised when seeing Swindon included in this list, but things have taken a turn for the better in recent years. There has been plenty of investment and redevelopment of the town centre, and it has long been home to some of the UK’s biggest businesses, meaning a buoyant job market. It’s just a short drive from the countryside, and is also great for commuting to large cities such as Bristol, Oxford, and even London.

Swindon ranked 4th in Glassdoor’s study of the ‘Best Towns & Cities to Work in’, and The Telegraph agreed in their survey of ‘The Best Places to Work’.

Newcastle is one of the UK’s largest cities, and is a true regional capital. Formed on the banks of the River Tyne, this city has everything you need; inspiring heritage, a vivid nightlife, award winning dining and great shopping.

Newcastle Quayside was listed as the best place to live in the North East in The Sunday Times’ ‘Best Places to Live Guide’, and ranked 20th in The Telegraph’s ‘Best Cities According to You’ survey. It was also voted the 11th safest city in the ‘Unbroken Britain’ report, and 5th in The Independent’s ‘Best Places to be Single’ article.

Back in 2017, Bristol was named the UK’s best place to live in The Sunday Times’ ‘Best Places to Live Guide’, and it’s not difficult to see why. Perfectly placed for delightful scenery or a trip to the seaside, whilst maintaining an attractive city centre and connected to the rest of the UK by major motorways and a London mainline train station. There are plenty of professional jobs available, and the average salary is above that of many other similar cities.

Bristol was ranked 14th in the ‘Unbroken Britain’ report, and 22nd in The Telegraph’s ‘Best Places to Work’ survey.

Northern Ireland’s capital is evolving faster than any of the other cities on this list. The Troubles are long gone and there’s an increasing sense of prosperity nowadays, with many believing that Belfast has a fantastic future ahead of it. The city itself is steeped in history which attracts thousands of visitors each year, with the most popular attraction being the site at which the Titanic was built. Plenty of businesses are moving out to Ireland from Great Britain, given that it is somewhat cheaper, and with the businesses come a whole host of new jobs to sit alongside the traditional industries which still exist.

Belfast was named as the number one place to live if you’re single in The Independent’s report, and was also ranked 16th in The Telegraph’s ‘Best Places to Work’ survey, and came in as the 19th safest city in the ‘Unbroken Britain’ report.

Over the last few years Manchester has quickly risen to the top of many surveys and reports on the best places to live in the UK. This energetic city in the heart of Lancashire is first choice for many young 20-somethings; it’s taken the digital age by storm and there are many professional opportunities available. House prices are significantly more affordable than in the south but are rising quickly. There’s been a lot of money spent on regeneration of the city centre over the last 15 years, and as such there’s a plethora of pubs, bars and clubs available. Not only that, but Manchester is home to some of the best restaurants in the region.

The city appeared in 2nd place in both The Telegraph’s ‘Best Places to Work’ survey, and Glassdoor’s ‘Best Towns & Cities to Work In’ report. It was voted the 17th safest city in the ‘Unbroken Britain’ report, and the 9th best place to be single in The Independent’s study.

Of all the reports we’ve looked at to help us build this list, Cambridge is the only city to appear in every single one of them. Cambridge has been experiencing incredible economic success in recent years, largely due to the huge bio-tech boom in the area. It’s a world-famous university city with a relatively small population, that’s close enough to London to commute but also has picturesque rural areas close-by. Property prices are on the up and you won’t pay much less than you would in the capital, but with good reason. The city centre is compact but still has a fantastic array of shops, restaurants and pubs to be explored. There’s plenty of green space to be enjoyed, and locals relish in a spot of punting every now and again!

Cambridge came third in both The Telegraph and Glassdoor’s ‘Best Places to Work’ reports, it was ranked the 16th safest in the ‘Unbroken Britain’ report, and came 7th in The Telegraph’s ‘Best Cities According to You’ survey. 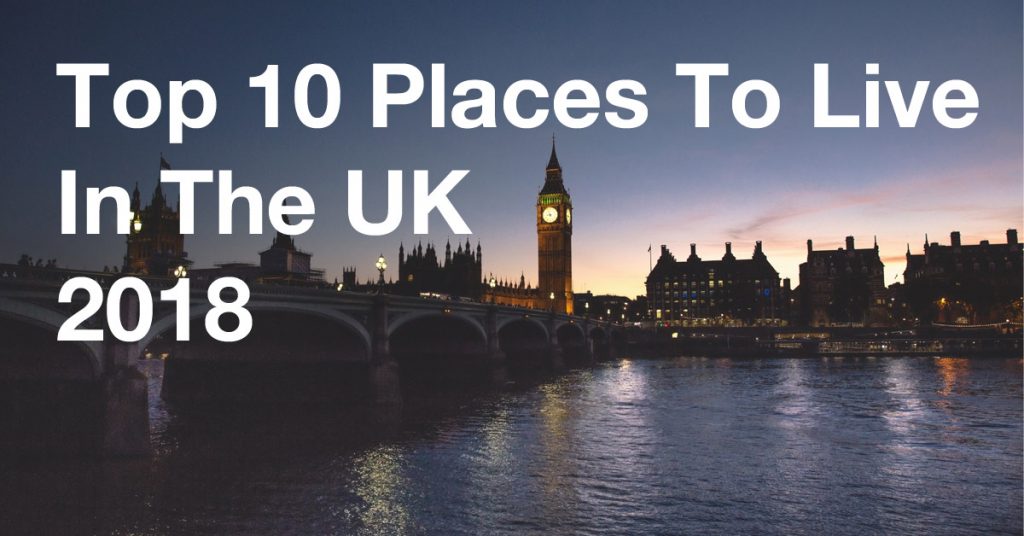 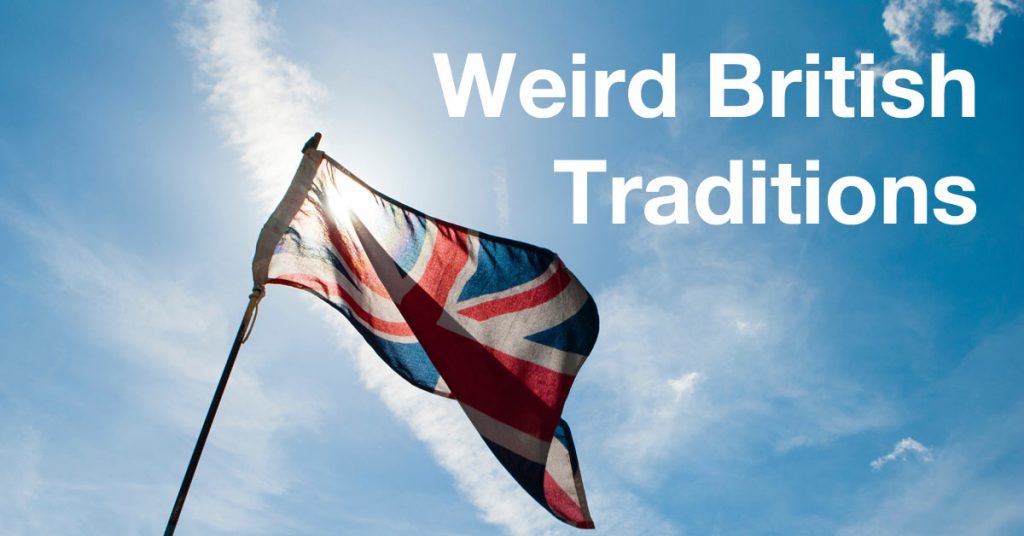 We’re now into our sixth year of bringing together the people of Newbury, although the last year and a half hasn’t been plain sailing for 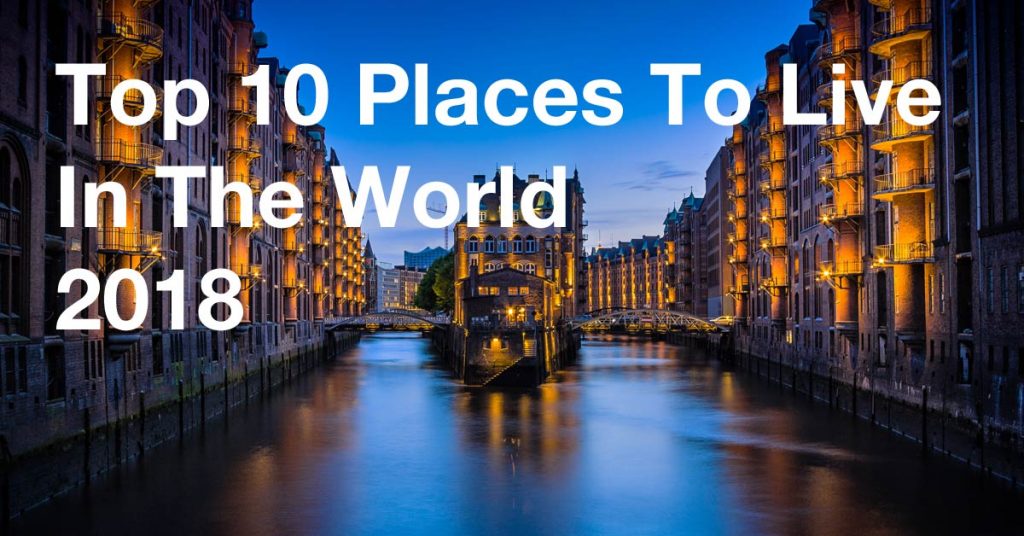 Hundreds of millions of people move to new places each and every year, and we’ve looked through a number of surveys that take into account